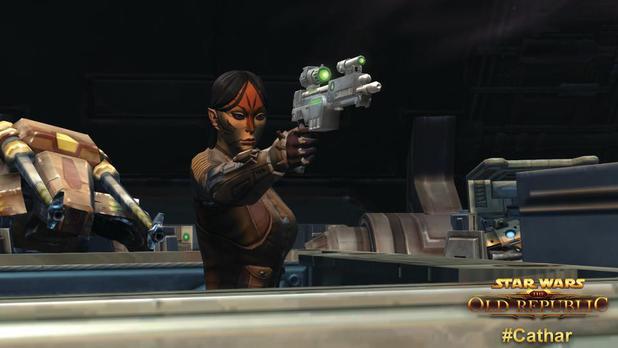 Update 2.1 will add the Cathar to the BioWare multiplayer online game, as shown in the studio's latest trailer for the title.

The video below depicts the feline-esque characters wielding lightsabers and blasters, and appearing to offer similar attributes to many of Star Wars: The Old Republic's existing species.

Star Wars: The Old Republic introduced a free-to-play option in November, alongside the Cartel Market and an in-game reward scheme for existing subscribers.

Free-to-play users have full access to the game's story content and all eight classes up to and including level 50. However, players only have access to three of the playable races during character customisation - humans, zabrak and cyborgs.

Players are also limited to three Flashpoints, Warzones and Space Missions each week.