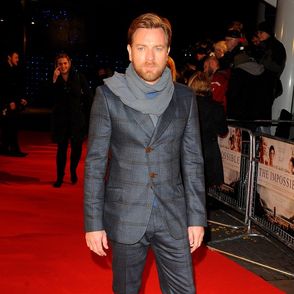 Ewan McGregor and Kate Bush are among the stars recognised in the 2013 New Year Honours List.
The Scottish actor, star of Trainspotting, Star Wars and Moulin Rouge, receives an OBE for services to drama and charity.

Wuthering Heights singer-songwriter Kate, 54, said it was a "great surprise" to be awarded a CBE for her services to music.

She said: "I feel deeply honoured to be included in this list. It's a great surprise and I'm really delighted. Thanks to everyone who's encouraged and supported my work over the years."

A CBE also goes to actor-turned-politician Michael Cashman MEP, best known for his role as Colin Russell in EastEnders - a participant in the first gay kiss in a British soap opera.

Comedy writer Jeremy Lloyd, who has been behind some of TV's best-loved sitcoms, such as 'Allo 'Allo and Are You Being Served?, has been awarded an OBE for his services to British comedy.

One notable name missing from the roll is Danny Boyle, who created the epic Olympic opening ceremony. The Trainspotting director is believed to have turned down an honour.