Steven Spielberg and Stephen King team up on 'Under the Dome' 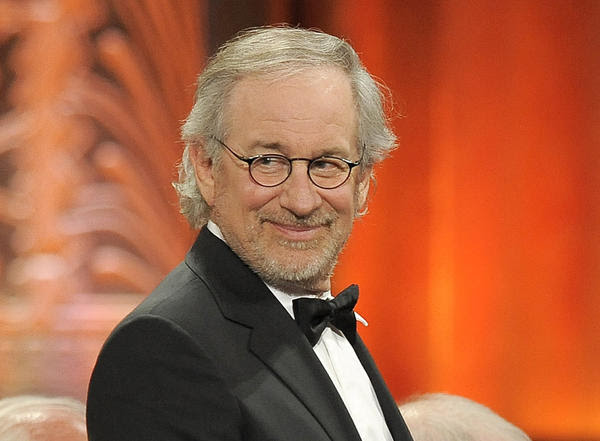 Two of the biggest names in showbiz, Steven Spielberg and Stephen King, will team up next summer on CBS.
The network announced Thursday that it has ordered 13 episodes of “Under the Dome,” a drama adapted from King’s 2009 novel about a small New England town suddenly cut off from the rest of the world by a transparent dome, from Spielberg’s Amblin Entertainment. In addition to writing the source material, King is on board as an executive producer.
"Under the Dome" will launch in summer 2013 with a premiere episode directed by Niels Arden Oplev, who helmed the Swedish-language adaptation of “Girl with the Dragon Tattoo.”
CBS appears intent on turning “Under the Dome” into a summer television event by making it available across multiple platforms shortly after the network broadcast.
Despite Spielberg’s unparalleled reputation on the big screen, the filmmaker has had a spottier track record on TV: The big-budget sci-fi series “Terra Nova” was canceled after just 11 episodes on Fox last year.
"Under the Dome" was previously set up at Showtime. While it is not technically the first professional collaboration between the prolific novelist and the "Lincoln" director, it will in all likelihood be the first to actually come to fruition: Spielberg was on board to produce a miniseries of King and Peter Straub’s 1984 novel "The Talisman" for TNT, but the project eventually stalled.