Stargate Comes To The Old Republic (Actually Its A Hypergate)

By welshslider November 27, 2012
Developers from The Old Republic have announced their latest extras and expansion for the upcoming update.  A new addition is called Warzone: Ancient Hypergate. 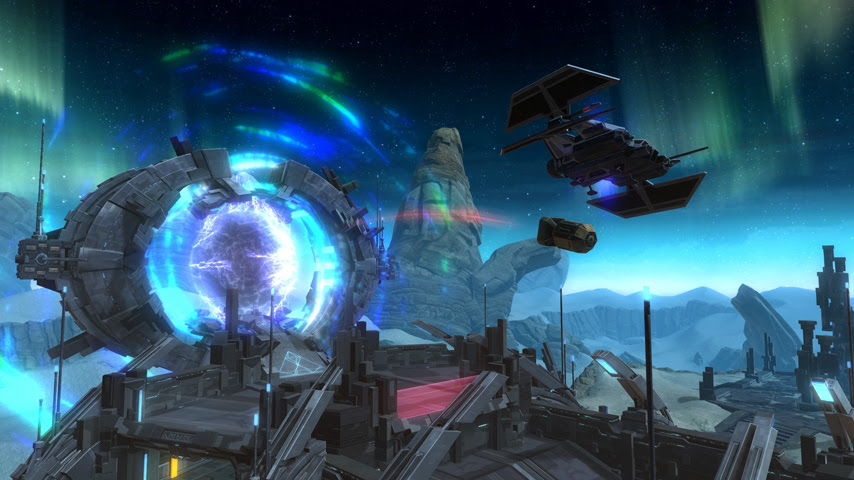 This Warzone takes place in an ancient ruin built around a Gree hypergate. The Republic and Sith Empire are doing battle in an effort to control the area and claim the lost technology for themselves. Each of the factions have calibrated a gate that will allow reinforcements to be brought directly into the battle. These gates need to be charged up to full power in order to stabilize the connection and allow for safe passage. A nearby set of energy pylons have been brought online to achieve this goal, but they have been damaged in the fighting. They slowly build up to peak power and then discharge their stored energy into the connected gate. During this discharge, a large explosion is also released as the containment fields around each pylon fail. The only safe place is inside a bunker designed with a failsafe shield that protects from the violent explosion.

Read more over at The Old Republic