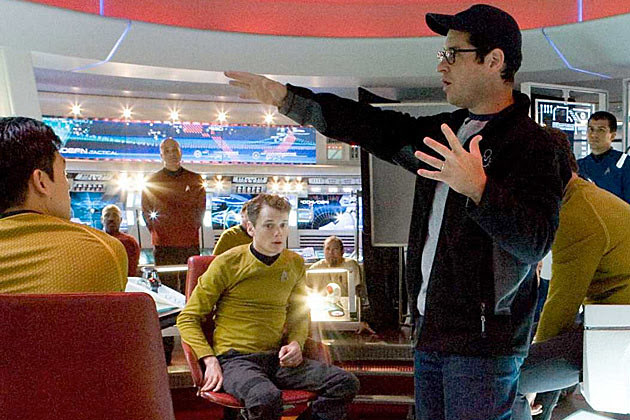 You can forget about J.J. Abrams directing ‘Star Wars: Episode 7‘ after ‘Star Trek Into Darkness‘ hits theaters next summer. The director now says his next film will be a new, original project that he’s keeping (wait for it….) secret.
While Abrams tells Entertainment Weekly that ‘Star Wars’ “blew [his] mind” as a kid, he has no interest in working on the upcoming trilogy (in part because he loves it so much). But while ‘Star Wars’ is not in his future, he will be working on an as-yet-unnamed project. “I have some original stuff I am working on next,” Abrams says.
This is a similar pattern to what Christopher Nolan followed during filming of ‘The Dark Knight’ trilogy. After ‘Batman Begins’ he shot ‘The Prestige’ and after ‘The Dark Knight’ he shot ‘Inception.’ Abrams shot ‘Super 8′ in between ‘Star Trek’ and ‘Star Trek Into Darkness.’
So what is the mystery project? Abrams has in development a remake of ‘Earthquake’ and an adaptation of the New York Times article “Mystery on Fifth Avenue” about a family who discover an intricate scavenger hunt embedded into the architecture of their home.