He is used to whizzing through time in his trusty blue TARDIS but Doctor Who chose a different time machine on Saturday afternoon.
Actors Matt Smith and Karen Gillan arrived in style at an advanced screening of the new series of Doctor Who, but used another iconic movie vehicle.
The two stars rocked up in a vintage 1981 DeLorean sports car, the very same motor made famous by Marty McFly in Steven Spielberg's Back To The Future saga. 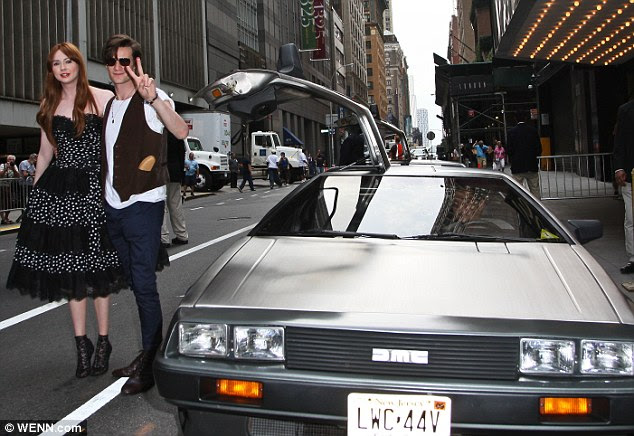 Great Scott: Matt Smith and Karen Gillan arrive at the BBC America screening of Doctor Who at The Ziegfel Theatre, in New York, on Saturday
Instead of a standard limousine the pair chose to arrive in the old school car, which has a huge following in the US.
Matt, 29, was dressed as casually as normal in a pair of skinny jeans with a white T-shirt and waistcoat while hiding his eyes behind a pair of aviator sunglasses.
Karen, 24, was much smarter dressed and looked pretty in a strapless polka-dot dress with her red hair flowing down over her shoulders.

Nice to see you: Matt and Karen made a good impression on their U.S. fans who later tweeted about the event 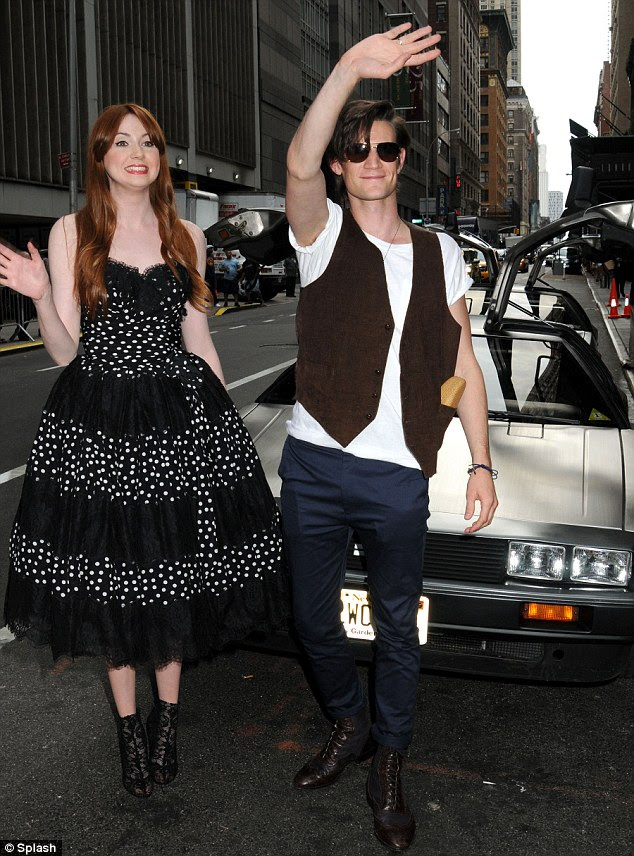 Time travellers: The British stars arrived in the car made famous by Steven Spielberg's Back To The Future
The special screening, which took place at The Ziegfeld Theatre, was met by a legion of sci-fi fans who screamed loudly when Matt and Karen emerged from the car.
The British stars didn't disappoint either as several enthusiasts took to Twitter to express their excitement after seeing the programme.
One user posted: 'I can't say anything about Doctor Who other than it was awesome'. 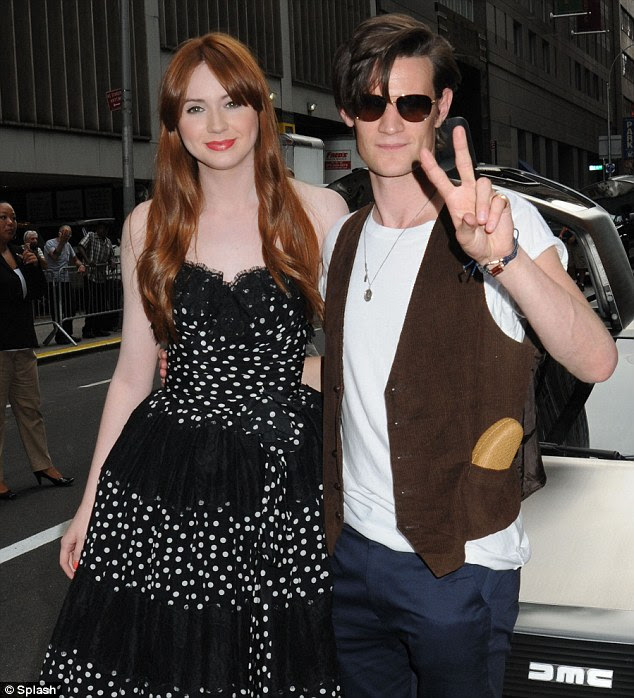 The power couple: Matt and Karen were greeted by a large amount of fans who had waited for hours to see them 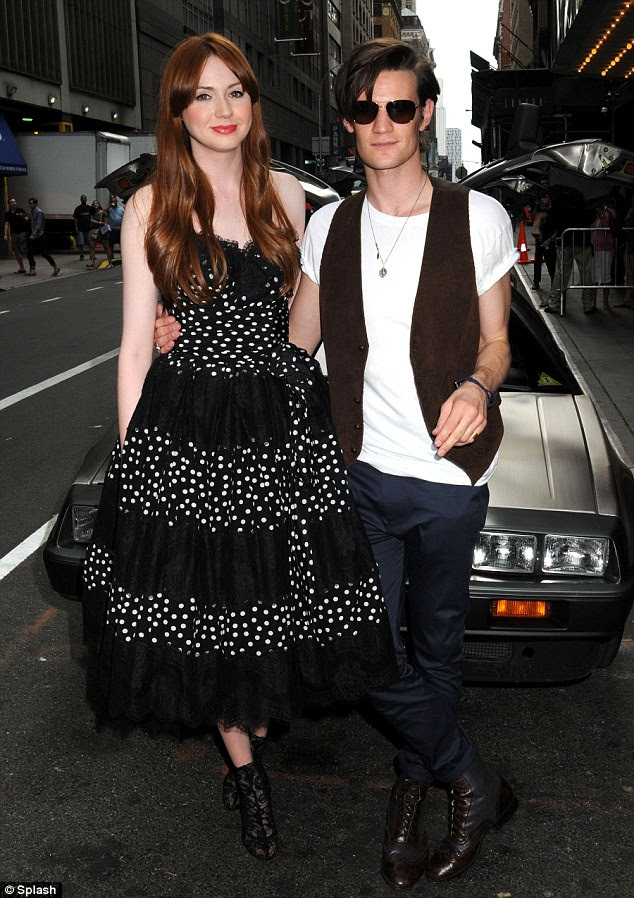 His and hers: While Karen dressed up in a black and white polka dot frock, Matt went casual in trousers and a T-shirt
Fans waited in line for hours to catch a glimpse of Matt and Karen but unfortunately the show's producer Steven Moffat couldn't attend.
He said: 'The #doctorwho team in New York at a screening of Asylum Of The Daleks. Heartbroken to miss it - but be nice to them, Americans!' 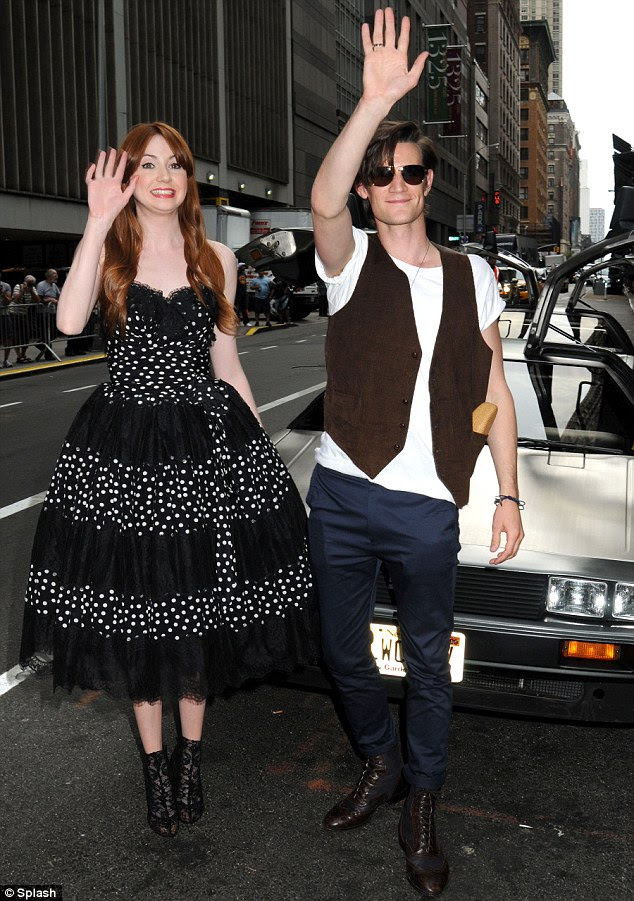