As one of the most successful directors in the history of film, he is used to being behind the camera.
However, Steven Spielberg couldn't stop from using his expertise with a lens while on holiday with his family in Capri, Italy.
The 65-year-old was spotted carrying around his handy-cam as he took in the local attractions on the idyllic island, yesterday afternoon. 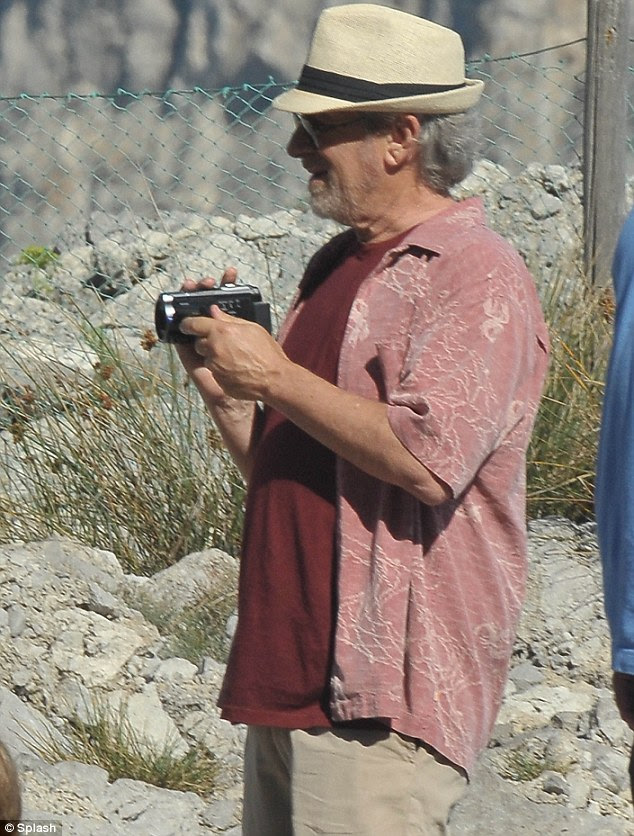 The day job: Steven Spielberg took charge of filming his family on holiday in Capri, Italy, yesterday afternoon
The Jaws director took charge of capturing images of his family as they spent the day wandering around in the sun before jumping on a boat.
Joined by his wife Kate Capshaw, the legendary film maker continued to film the area as he was ferried across the water in a small boat.
Steven is clearly not a sun worshiper and made sure he covered up almost completely in the scorching temperatures.

Dapper dandy: Steven covered up from the scorching sun in a red T-shirt, trilby and cream shorts 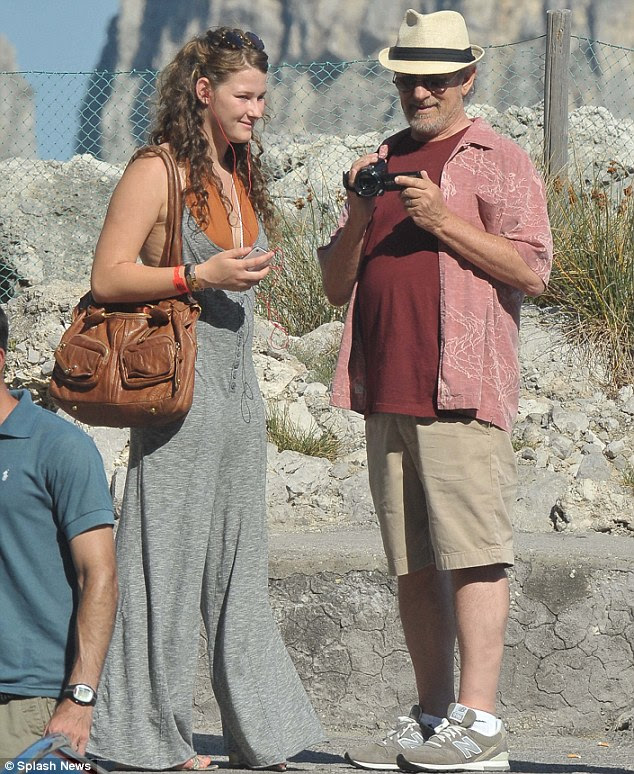 Professional footage: Steven kept the camera rolling as his large family took in some local attractions on the idyllic island 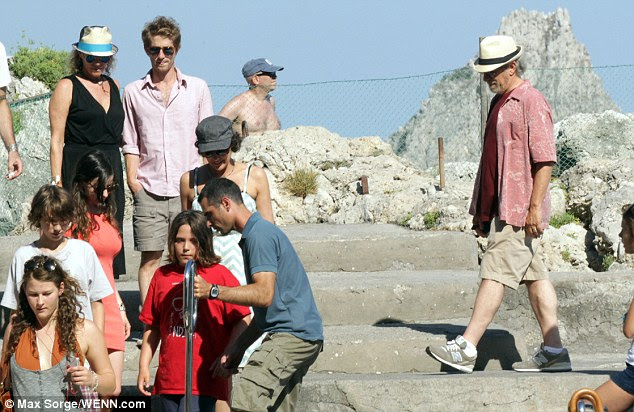 All aboard: The Spielberg's made their way from the safety of dry land down the beach to a small boat that was waiting for them
He wore a pair of cream shorts with a burgundy T-shirt and an unbuttoned top and hid his face underneath a straw trilby.
The father-of-six may have been doing some reconnaissance on the area for one of his many upcoming movies.
As well as Indiana Jones 5, Jurassic Park IV, and Robopocalypse, the director is currently wrapping up production on biopic Lincoln. 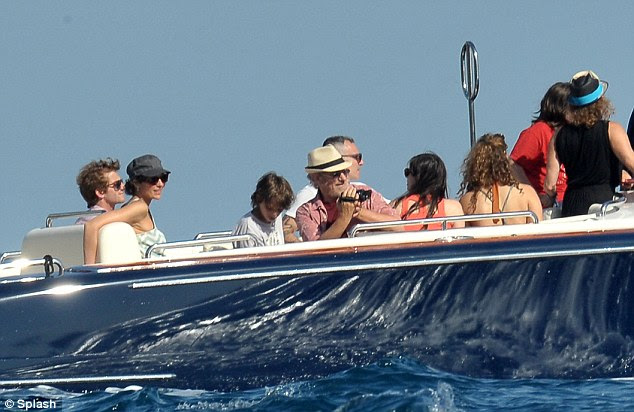 You're gonna need a bigger boat: Steven was still armed with his trusty camera as the family took to the sea 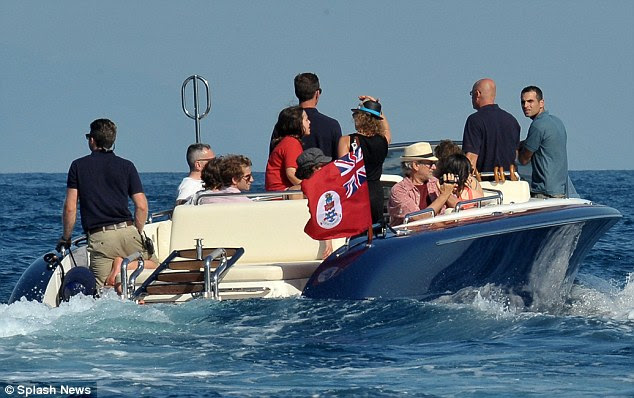 Making a splash: The legendary director may have been researching the area as a possible location to film in the future
The highly anticipated political movie stars Daniel Day-Lewis as Abraham Lincoln, the sixteenth President of the United States, as he guides the North to victory during the Civil War.
In order to avoid influencing the US presidential election, the film will be released on 9 November 2012, a couple months later than originally planned.
Lincoln also stars heavyweight names Sally Field, Joseph Gordon-Levitt, Tommy Lee Jones and James Spader. 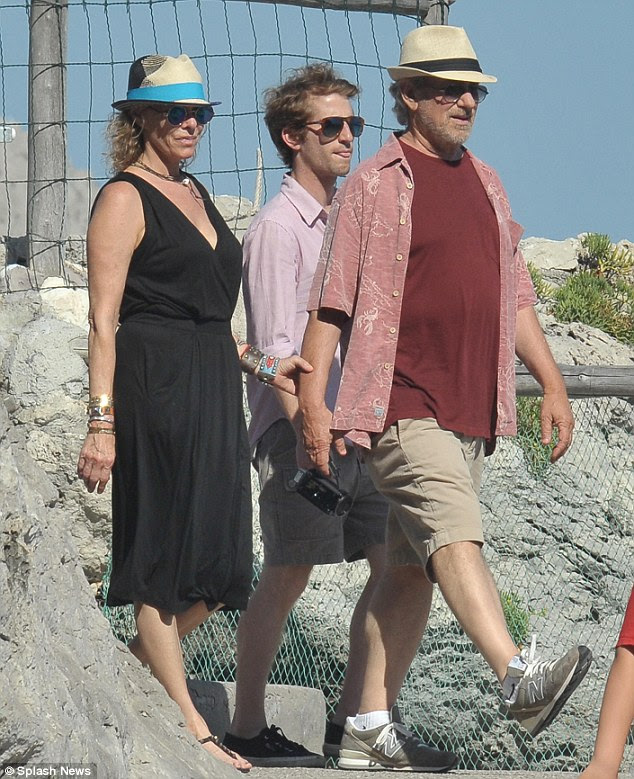 The last crusade: The father-of-six was joined on holiday by his children and wife Kate Capshaw, who looked superb in a knee length black dress