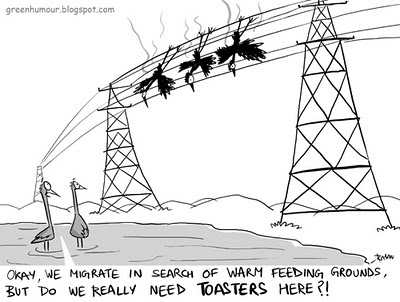 A bird that landed on power lines and electrocuted itself almost brought disaster to Skywalker Ranch. When it landed (I'm not making this up, honest) it's singed body fell into the grass and started the fire which spread for 1.5 acres.

At approximately 8:35 a.m., firefighters received a call of a grass fire in Nicasio, Calif. near filmmaker George Lucas's Skywalker Ranch property. Marin County firefighters teamed up with Lucas's fire brigade and the National Parks Service to extinguish the flames in under 30 minutes, Giannini said.