E.T. The Extra-Terrestrial Coming To Blu-Ray 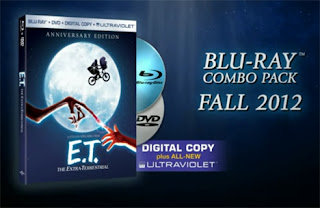 What a year for Spielberg fans and Blu-Ray lovers.  First Indiana Jones, Jaws in August and now E.T. The Extra-Terrestrial is landing sometime in Fall.  It will be a collector's edition with 7.1 surround sound so you can listen to that John Williams soundtrack in all its wonderful glory.  Also according to the trailer below the movie has been digitally remastered from the original 35mm.  As usual the Blu-Ray will be accompanied by hours of extras but no details as of yet.  We'll keep you informed here at The Bearded Trio.