Wood You Believe It? E.T. In A Tree 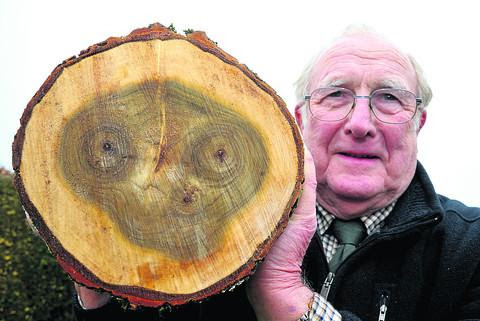 PENSIONER Ken Dobson got an extra-tree-restrial shock when he was cutting wood at the weekend.

Ken, who is in his 70s and lives with wife Janet in Chiseldon, couldn’t quite believe his eyes when he blew off sawdust and saw the face of 80s movie phenomenon ET emerge from beneath.

The face is almost identical to that of the star from the popular Steven Spielberg film, whose catchphrase “ET phone home” captured the hearts of movie-goers around the world.