Scalextric Star Wars On The Way

By welshslider January 25, 2012
Hornby is at the London Toy Fair 2012 this week putting the Force into slot racing classic Scalextric with a series of Star Wars race kits. 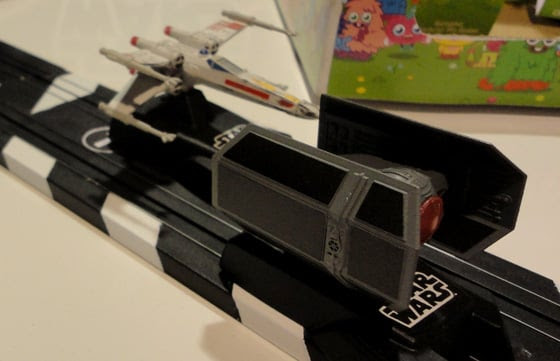 The Micro Scalectrix Star Wars Death Star Attack sees an Incom T-65 X-Wing race a Sienar Fleet Systems' Advanced TIE Fighter, as flown by Mr D Vader in the film.
Both tracks and vehicles glow in the dark for late night, past-lights-out racing. The set will hit shelves in the next couple of months for £70. 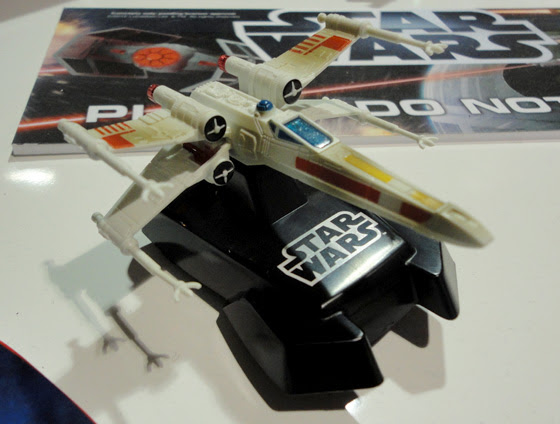 A bigger kit is also on the way featuring speeder bikes with Luke Skywalker on one and, of course, an Imperial Scout on the other.
That's the Scalextric Start Star Wars Battle of Endor, which will retail for £99. ® 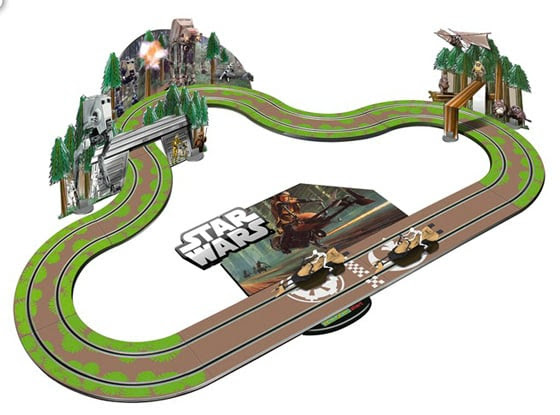