By welshslider January 18, 2012
A group of former employees of ILM and Kerner Optical announced the launch of a new VFX/production company – 32TEN Studios, which will be based at the former site of ILM, at 3210 Kerner Boulevard in San Rafael, Calif.. The new venture will be employee owned, and will be headed by industry veterans Tim Partridge, who will serve as president, and Greg Maloney who will serve as COO.


The company will re-open the legendary soundstage built by ILM, making it available for rent to all Bay-area producers for film/TV/commercial and multi-media projects. The stage is approximately 6,000 square feet, and boasts a 20-foot high, two-wall covered green screen.
Many of the most famous motion pictures of all time were produced in part on this stage, beginning with The Empire Strikes Back, and continuing with The Return of the Jedi, the Back to the Future trilogy, the Pirates of the Caribbean films, War of the Worlds, Indiana Jones 4, Transformers and Terminator Salvation.
Adjacent to the soundstage is the 32TEN Theatre, a 138-seat, state-of-the-art screening room, which will also be available for clients along with wardrobe, makeup and production offices.
32TEN Studios will also offer fabrication services from full sets to models and miniatures, drawing on the talent of the many model makers and special effects technicians that live in the area who were formerly part of the ILM model shop.
A complete CG pipeline will additionally be available to complete the practical shots. 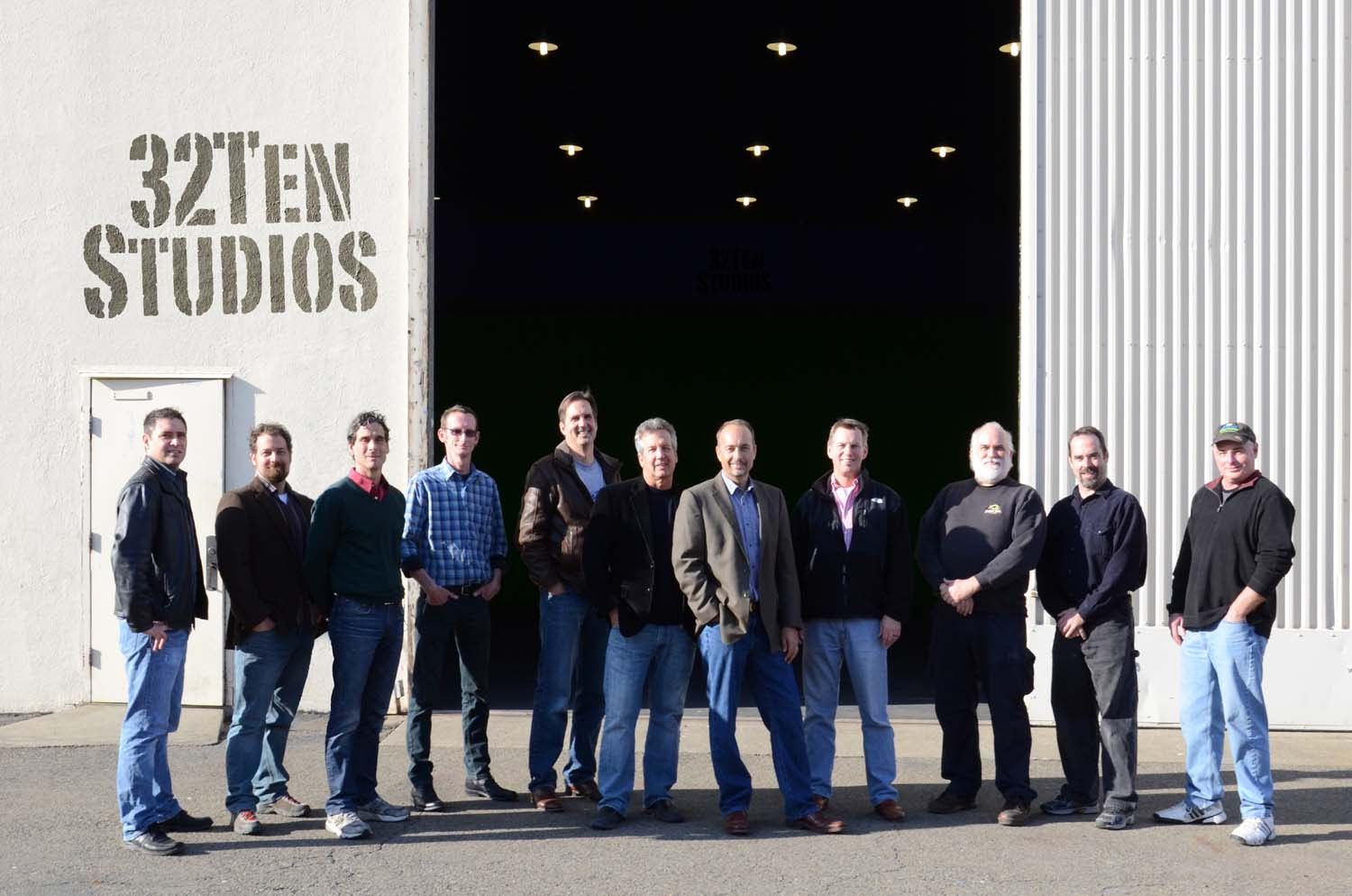 From left: Anthony Shafer, stereographer; Scott Smith, technology; Geoff Heron, practical FX supervisor; Nick d'Abo, model supervisor; Vince De Quattro, VFX; Greg Maloney, COO; Tim Partridge: president; Marty Rosenberg: DP; Marty Brenneis, technology; Sean House, props, and Greg Beaumonte, camera engineering.
“32TEN Studios is a collaborative venture – one that will hopefully attract other service providers and filmmakers in need of a vibrant location for their projects,” said Partridge. “We wanted to make this unique stage available to everyone and also provide a placed where the uniquely talented artists in the area can come together and create amazing work.”
“We want to build a creative community around this once legendary site, where many of us got our start in the industry,” said Maloney.
Before his role overseeing the practical effects and 3D Technology units at Kerner, Partridge served for over 20 years as a key executive at Dolby Laboratories where he was a key player in the introduction of Dolby Digital and led the development of Dolby 3D.
Prior to co-founding 32TEN Studios, Maloney was a stereographer and lead compositor with Robert Zemeckis‘ ImageMovers Digital company. During this time, he was involved with the feature films Disney‘s A Christmas Carol and Mars Needs Moms. From 1989-2007, Maloney worked in house with ILM as a compositing supervisor, and earlier as a CG supervisor and a compositor.