By welshslider November 26, 2011
Thebeardedtrio has been beta testing The Old Republic this weekend.  Since the ban on posting photos and videos has been lifted this weekend here are some screenshots and video.  I've been playing on an Alienware M11 notepad with 4gb memory.  Initially I was playing at 1024x768 but switch to the native resolution of 1368x768 and surprisingly the frame rate went up and performance improved.  I had to turn down some texture and shadows but the game still looks nice and playability is great.  Only issue I found is the text is on the small side with no option I could see to enlarge it but maybe Bioware will add this option in later patches.  Frame rate was staying around the 20-30 fps sometimes going higher but when I got to the Jedi Temple frame rate dropped to around 15 fps because there was so much going on with other players and characters running around.  The sound is amazing with great ambiance and of course a superb score with snippets of John Williams classic soundtracks peeping through now and again.  One last thing, the introduction to The Old Republic is some of the best Star Wars I have ever seen.  If they could just make a movie with this kind of animation and quality.  I am drooling at the thought. 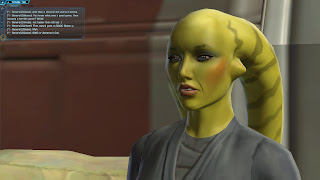 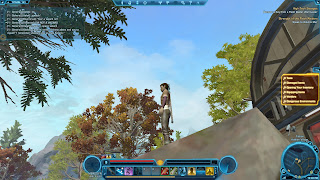 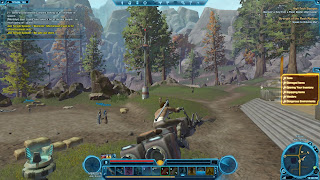 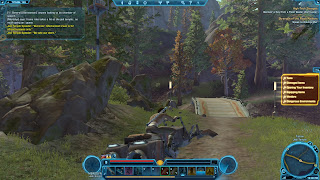 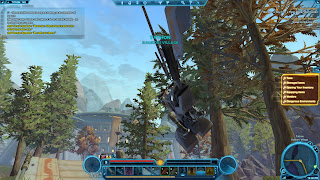 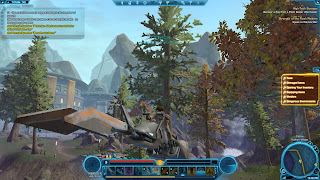 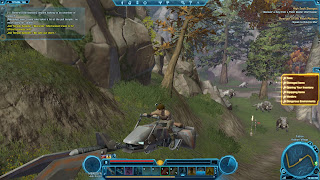 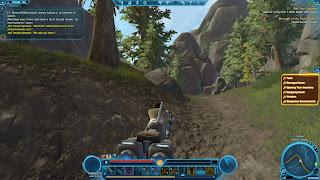 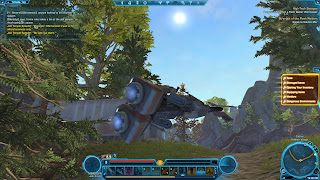 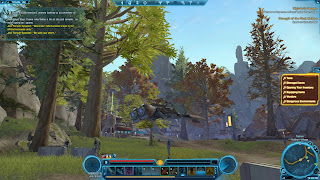 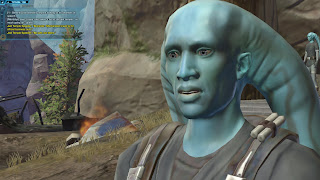 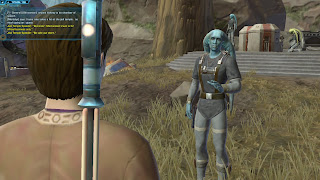