By welshslider October 24, 2011
He may be one of the dark side's evil enforcers, but this Stormtrooper clearly shows a lighter side in these rather unlikely family snaps.
They were created by amateur artist Kristina Alexanderson, who likes to believe the footsoldiers actually have a normal home life despite their deadly day job as Darth Vader's henchmen.
In one scene - crafted using a Lego figurine and a 4in plastic replica - the notoriously regimented Star Wars soldier is seen tenderly carrying his son. 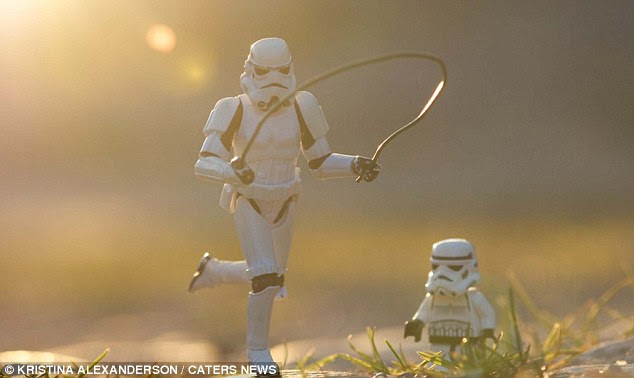 Showing the ropes: The Stormtrooper gives his son skipping tips on a sun-kissed morning 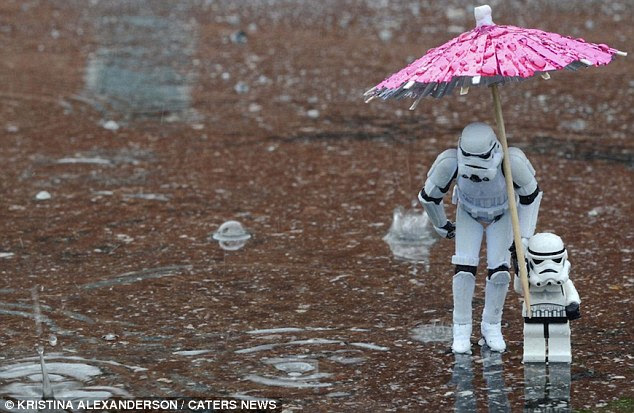 Any port in a Storm-trooper: The footsoldier ducks under a floral parasol held by his son

Another shows a classic father-and-son moment as they play hopscotch in the blazing sun on a hand-drawn chalk grid.
In others, he is seen ducking under a particularly floral parasol in the rain.

Self-professed Star Wars fan Kristina, 40, began the online project in the summer of 2010 and has since taken a posed-up image of the father and son Stormtroopers each day since - uploading them to her website for her fans. 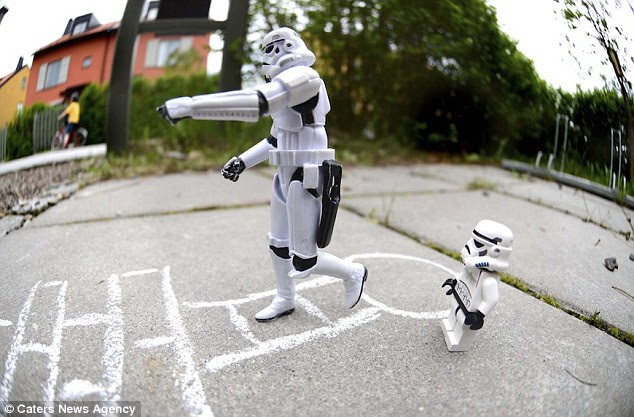 Playing around: Father and son enjoy a game of hopscotch together - a far cry from the Stormtrooper's day job
They all depict the Lego and plastic figurines in unlikely everyday situations - and are aimed at highlighting the good and evil in people.
Kristina said: 'I think we have to remember that even though they work for the dark side of the force, they are humans, with feelings and all that.
'Do they get scared? Do they worry about their kids? Do they play and have fun? I believe they do, no matter how evil people perceive you to be.'
Kristina has now amassed over 500 images of the pair - which she takes with her as she travels around the world in her day job encouraging children to publish their work online.
Each scene takes her anything between ten minutes and three hours to set up and shoot. 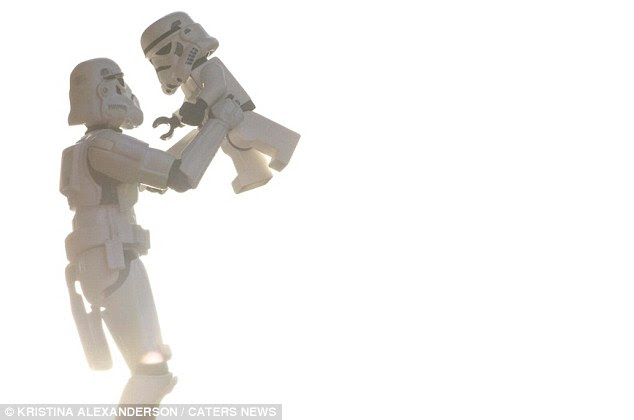 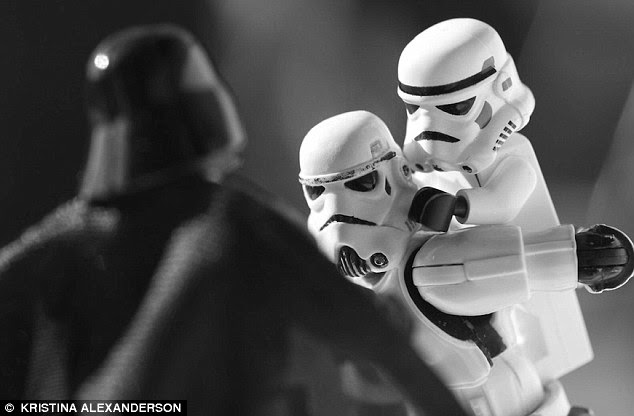 Take Your Child To Work Day: The Stormtrooper gives his son a piggyback to meet the boss
The 40-year-old, from Sweden, added: 'Most of them are taken at home in the kitchen, or outside in the street were I get better light.
'I travel a lot with work and during the past year I have taken the mini Stormtroopers with me wherever I have gone.
'They have been around the world a lot - from my homeland Sweden to places like London and San Francisco.'
She added: 'It all started in 2010 when during the Spring I found some great picture resources online with these still life images.
'They used toys from the Stars Wars Saga and they quickly became my favourite thing to view online.
'So I borrowed one of my sons' Lego Stormtroopers to become the child and bought a 4in plastic toy from a toyshop to be the father and began making my own. My kids love them and are my greatest critics.' 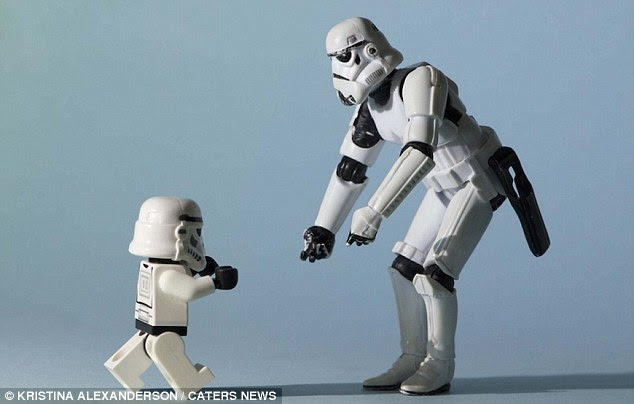 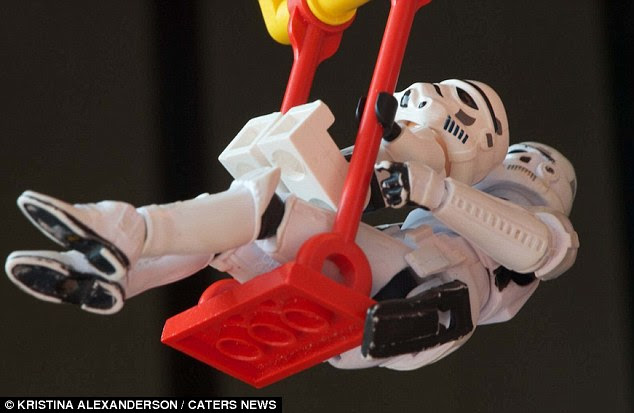 New heights: Father and son enjoy a ride on a swing 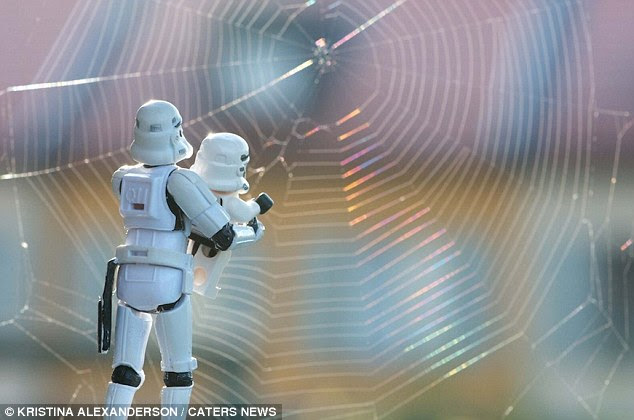 Awesome: Father and son take in the intricate beauty of a spider's web