R2-D2 Home Planetarium Is the Droid You’re Looking For 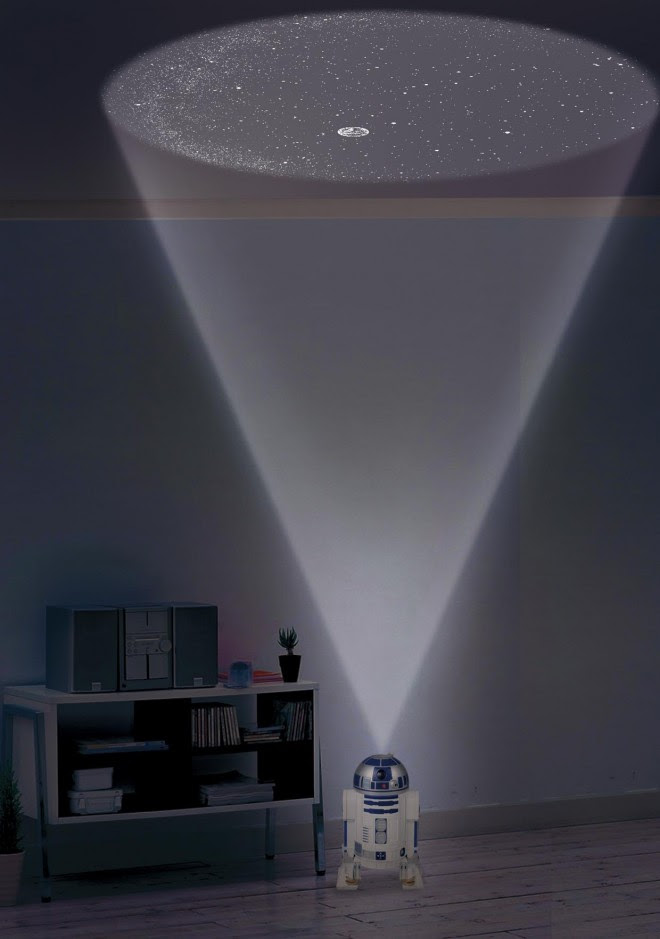 The R2 unit will be available through Japanese import sites next month. Image courtesy of Lucasfilm Limited.
You won’t find Princess Leia begging for help when you turn on Sega Toys’ new Star Wars-themed projector. You’ll have to settle instead for a brilliant rendition of our galaxy instead.
The R2-D2 Homestar Planetarium is the latest in Sega Toys’ line of astral projectors. But unlike other models, it’s the only model that identifies a fully operational Death Star. Condolences to members of the Rebel Alliance: Alderaan is no where to be found.
The unit stands at 8 inches tall, and the LED projector runs for up to three hours on four AAA batteries. The planetarium will be available for 6825 yen ($91) when it hits stores in Japan next month. Stateside astronomers and Star Wars geeks will be able to procure the projector from import sites like Japan Trend Shop, which is taking pre-orders. Pairs well with the Blu-Ray edition of the movies, also out in September.