Beloved children’s author Michael Morpurgo is turning into a one-man Hollywood hit factory.
With Steven Spielberg’s adaptation of Morpurgo’s War Horse due out here in January, another of his titles is galloping onto the big screen.
Up-and-coming actors Jack O’Connell and George MacKay will play the leads in the film version of Morpurgo’s 1982 novel Private Peaceful about two farm-labouring brothers, Charlie and Tommo Peaceful, who leave Devon to enlist to fight in World War I. One of them is court martialled for cowardice.
‘It highlights the iniquity of us shooting our own men during the war,’ said Guy de Beaujeu, who is producing the film with Simon Reade, the writer of the film’s screenplay. 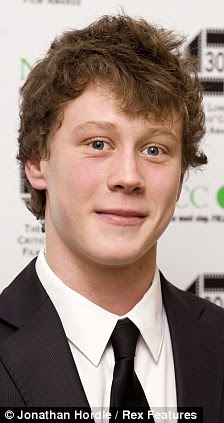 Star pair: Up-and-coming actors Jack O’Connell and George MacKay will play the leads in the film version of Morpurgo’s 1982 novel Private Peaceful
In fact, Private Peaceful has already played an important role in prompting discussions in Parliament about granting group pardons for the 306 British soldiers executed for offences such as cowardice and desertion during the Great War.
De Beaujeu observed that, some years ago, a senior Ministry of Defence official saw a stage production of Private Peaceful and was so moved he ‘saw the light’.
He persuaded his superiors to debate the issue further in the House of Commons and the result was the issuing of posthumous pardons. Many of the dead have since had their names recognised on World War I memorials. 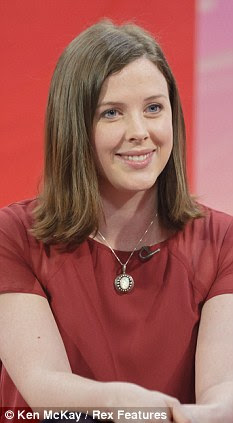 Rising star: Alexandra Roach, who played a young Margaret Thatcher, also stars
Director Pat O’Connor has assembled an admirable cast. Richard Griffiths and Frances de la Tour (working together on a non-Alan Bennett project for once) will play a bumbling colonel, who runs the local village, and a grocery store owner respectively.
Alexandra Roach, who stars as the young Margaret Thatcher in the much anticipated The Iron Lady, plays Molly, the young woman both Peaceful brothers fancy.
But it is O’Connell and MacKay who will carry most of the movie once it moves from Devon to the trenches.
O’Connell portrayed the young Bobby Charlton in the BBC TV drama United and started his career in This Is England.
He was meant to be filming thriller uwantme2killhim? But that has been delayed for financial reasons, meaning he was available to do Private Peaceful.
MacKay played Clive Owen’s elder son in The Boys Are Back and also has a role in the BBC-Working Title TV version of Birdsong, based on Sebastian Faulks’s novel. Producer De Beaujeu said the movie would film in and around Suffolk with a crack crew that includes the award-winning cameraman Jerzy Zielinski and designer Adrian Smith. Mark Knopfler will compose the score.
Hero Fiennes-Tiffin and Samuel Bottomley will play Charlie and Tommo as children.
Morpurgo fans will be interested to hear that Radio 4 will broadcast a version of Private Peaceful on Christmas Day; listen out for the author, who has a cameo voicing the vicar.
Meanwhile, the stage version of War Horse continues playing in London and on Broadway.
And Spielberg’s film is sure to be a major contender for Baftas and Oscars.