Carrie Fisher unveils her new figure after losing 50lb at 54

By welshslider August 25, 2011
Carrie Fisher has shown off her slimline new look on US television this morning.
The Star Wars actress has shed 50lbs in nine months since becoming the face of diet company, Jenny Craig, she said.
But some couldn't help but notice that her face, as well as her body, seems to have undergone a transformation of sorts.
Her appearance on America's Today show sparked buzz on Twitter this morning, with one viewer noting: 'What on earth did she do to her face?' 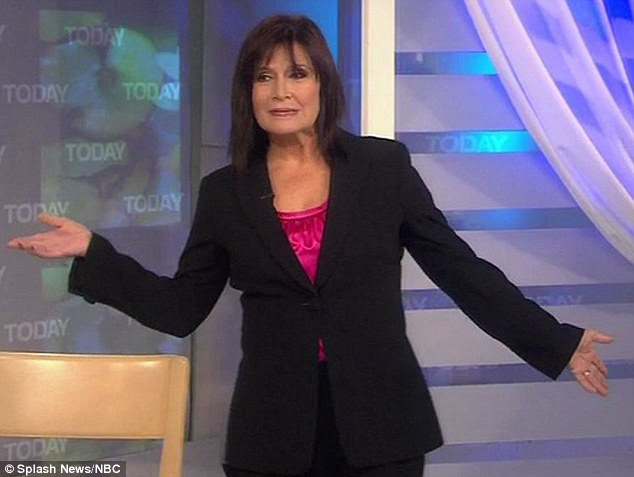 Feeling fabulous at 54: Carrie Fisher unveiled her slimline new look on America's Today Show this morning
Another added: 'Is anyone else watching the @todayshow? It looks like Carrie Fisher had mad plastic surgery on her face.'
While she kept quite about her rejuvenated features, she was certainly forthcoming about her decision to lose weight.

The star, who is now a size 8, told the Today Show: 'I couldn't look in the mirror. I saw pictures of myself where I didn't look like myself.
'I thought I was getting old. It turns out [I] was mostly getting fat.'
With her new Size 8 figure, the 54-year-old is feeling more confident than ever, and is even ready to find love again. 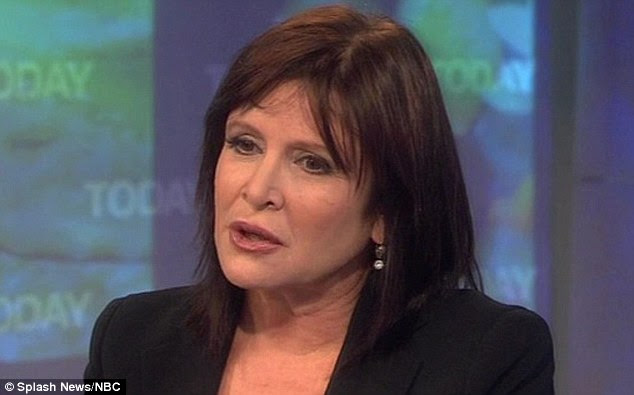 Looking for love: The actress says she is now ready to start dating again 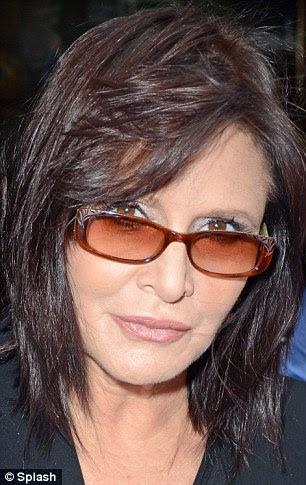 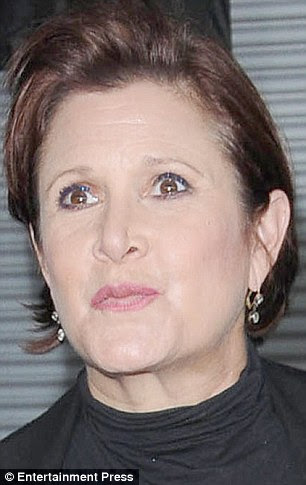 Rejuvenated: A pouty Carrie looked rather wrinkle-free as she left the Today Show studio and right, in 2009
'I'm putting myself on the market,' she says in a separate interview in the latest issue of America's People magazine. 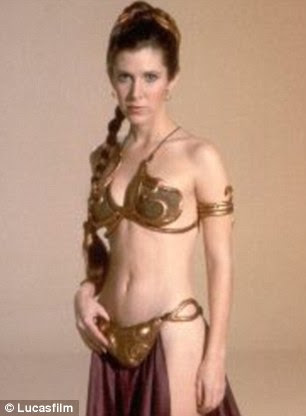 Bikini girl: The Star Wars actress as Princess Leia
'I'm ready to date again; this is my announcement.'
Her previously flames include her Blues Brothers co-star Dan Aykroyd, singer-songwriter Paul Simon and casting agent Bryan Lourd, with whom she has a 19-year-old daughter, Billie.
Carrie  also joked that she wanted to get back in shape so she could don the metal bikini she wore as Princess Leia in the 1977 classic sci-fi hit.
'I want to get back in it and walk around the house like an idiot.
'You know, answer the doorbell, [and say], "What, this old thing? I'm just wearing my home style metal bikini."
'I'll come out with a line of metal bikinis for women over 40.'
At one point the actress topped the scales at 180 lbs, she has said in the past.
In order to transform her body, she reduced her intake to 1,500 per day.
Her favourite snacks include Skinny Cow Cookies 'n Cream ice cream and Kozy Shack rice pudding.
She also embarked on a fitness regime, doing 40-45 minutes of cardio five times a week.
'I'm not in love with the treadmill,' she admits. 'We're in a truce situation. But I really like elliptical because I can read.' 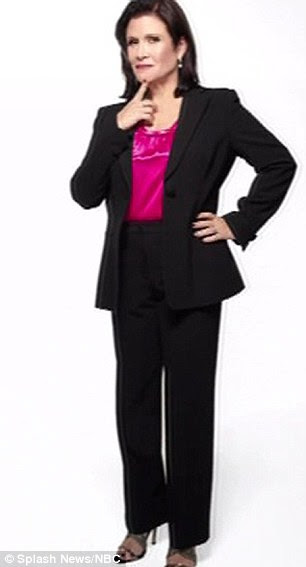 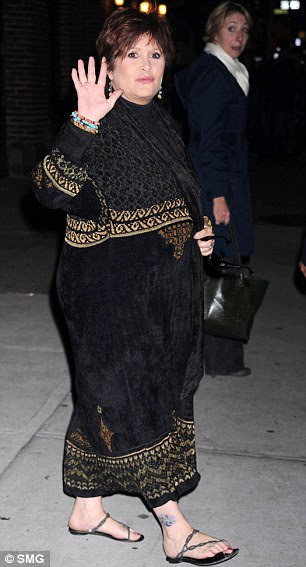 Look at me now! Carrie is now a slender Size 8