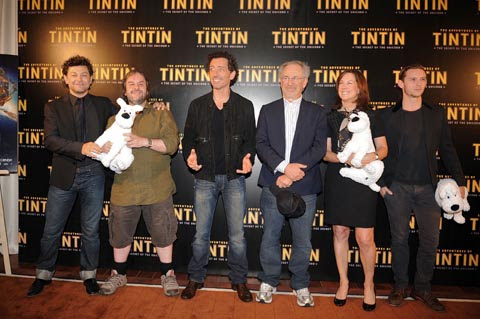 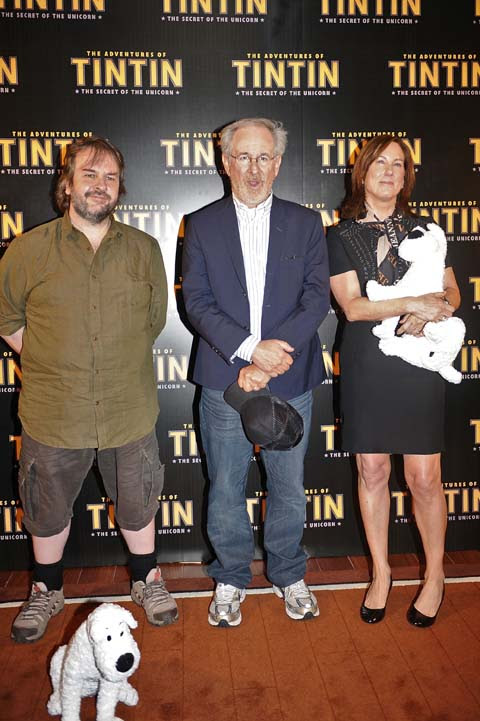 Trago/Getty Images
Sir Peter Jackson, Steven Spielberg, Kathleen Kennedy, Jamie Bell, Andy Serkis and Gad Elmaleh were in Paris this morning for a photo call announcing their latest ﬁlm, The Adventures of Tintin: the Secret of the Unicorn, today.
Spielberg has directed the ﬁrst Tintin ﬁlm, with Sir Peter producing. Steven Moffat, Edgar Wright and Joe Cornish have scripted the adventure, based on three of Hergé’s original stories, The Crab with the Golden Claws, The Secret of the Unicorn and Red Rackham’s Treasure.
It is Spielberg’s ﬁrst animated feature, with visual effects by Weta.
The cast features Jamie Bell as Tintin, and Serkis as Capt Haddock. Simon Pegg, Daniel Craig, Nick Frost and Daniel Mays also star.
The ﬁlm hits US cinemas on December 23. 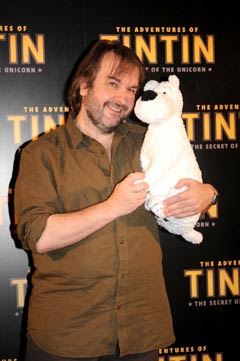 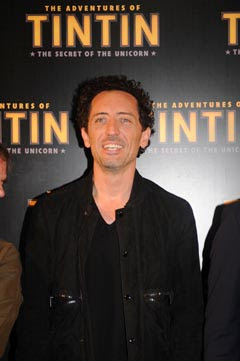