By welshslider July 30, 2011
George Lucas has spent £9million on buying and restoring an Italian convent.
Although the Star Wars director bought the property in 2009, the purchase has only just become public.
The inhabitants of Passignano sul Trasimeno, in Umbria in central Italy, kept Lucas's presence a secret until last week. 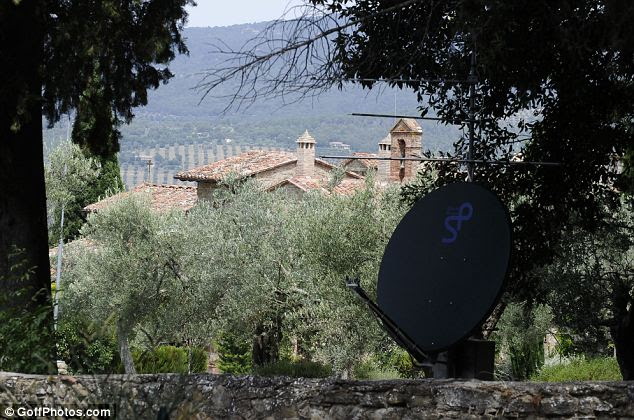 Tucked away: George Lucas's villa is all but hidden from view in Passignano sul Trasimeno, Italy 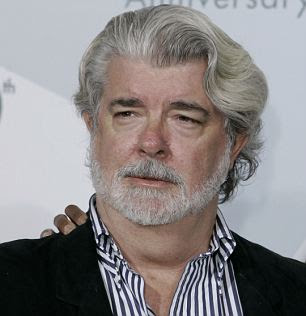 George Lucas: The Star Wars director kept his Italian holiday home secret for two years
The Hollywood legend's new home was built in the 16th century as a Capuchin convent, and occupied by monks until 1966.
By the time Lucas bought the property, it was worth £5.2million.
He has spent several millions more on renovating the buildings, with only the 13th century church remaining unchanged.

Renovations included a billiards room, swimming pool and even a spa.
He is believed to have invited some of his Hollywood friends round for a tour a few weeks ago: Robert De Niro, Steven Spielberg, Ron Howard and Francis Ford Coppola all stayed together at the convent.
While they were there, Lucas showed them his latest film - a documentary about the property's restoration, screened in the building's new cinema.
Locals are reluctant to talk about Lucas, who rarely ventures outside his grounds, barring an occasional walk on the shore of Lake Trasimeno, which is overlooked by the town. 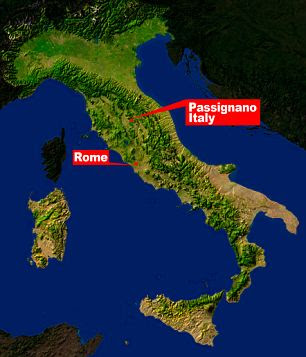 Passignano: Lucas's new home overlooks Lake Trasimeno, where he can sometimes be seen walking with bodyguards

However, they did reveal that the director and his wife sometimes order enormous quantities of ice cream from the village, to cater for parties.
'For us it means work,' said one Passignano resident to an Italian newspaper.
'The presence of these gentlemen is useful to the community.'
The mayor of the village, Claudio Bellaveglia, was more forthcoming, according to the Sunday Times.
'We respected his wish,' he said.
'If we'd betrayed him, we'd have behaved like provincials.'
The mayor added that he had been invited to the convent for the first time since his childhood, and was particularly impressed by Lucas' cinema.
The next Lucas production to hit the big screen will be Red Tails, scheduled for a release next year.
It tells the story of the Tuskegee Airmen, the first group of African-American pilots to fly in combat squadron during World War Two. 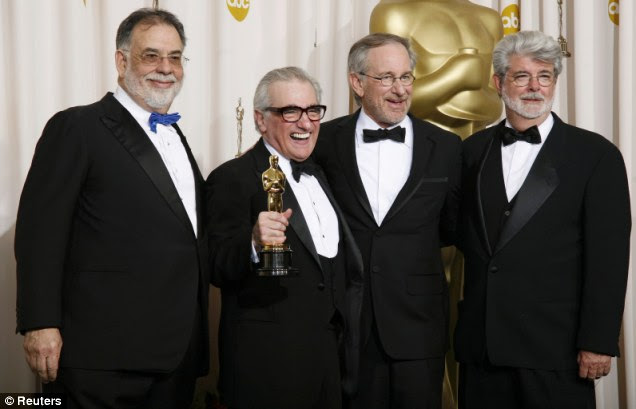 Among those believed to have been invited to the property are Francis Ford Coppola (left) and Steven Spielberg (second right). Also pictured is Martin Scorsese, seen at the 2007 Oscars with his director's award for The Departed