Interview with Bill George of ILM on I Am Number Four

By welshslider May 29, 2011
A veteran of landmark effects films such as Blade Runner, an Oscar winner for Innerspace, and having worked on multiple Star Wars, Star Trek and Harry Potter projects (and yes, even The Twilight Saga), ILM Visual Effects Supervisor Bill George has earned his self-imposed title of "effects goon." With respected, in-demand skills that continue to evolve, Bill has moved from miniature construction to matte painting to art direction and beyond, and is now one of the most accomplished names in computer-generated effects, having earned coveted gigs such as digitally updating the title character for the 20th Anniversary Edition of E.T.: The Extra-Terrestrial.
Since joining George Lucas' best-of-the-best team at Industrial Light & Magic in 1981, Bill has worked as model shop supervisor, art director, commercial director, and now visual effects supervisor. For his most recent feature film, I Am Number Four, now on Blu-ray from Touchstone/Walt Disney, he was tasked with creating super-powered aliens, some of whom look like innocent teenagers or perhaps a dog, others who look and act like nothing we have ever seen before, which brought a host of new challenges. We here at Big Picture Big Sound were invited to join a select corps of journalists in a recent roundtable interview with Bill.
Question: How did you start out working with visual effects?
BG: I started out making models for a hobby after Star Wars came out in 1977. Two years later I got a job in L.A. building models for movies. In 1981, I got a job at ILM in the model shop working on Return of the Jedi. After that show, ILM allowed me to try new things and expand my abilities. I was lucky in that as the company grew, so did I. 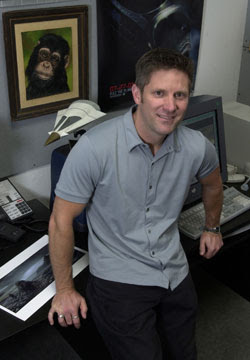 ILM Visual Effects Supervisor Bill George.
Question: For those not familiar with your job, what were your responsibilities on a film like I Am Number Four? BG: I oversaw the creation of the shots involving the (giant, nasty) Piken, Bernie (the shape-shifting dog) and the stadium explosion. I was there when the backgrounds were shot in Pittsburgh to make sure that when the CG characters were added, all the pieces would fit together. I then led the team of artists here at ILM that worked on the shots and interfaced with (director) D.J. (Caruso) to get his input and feedback.
Question: How do you decide which movie you are going to work on?
BG: Our executive staff reads a script and assigns a supervisor to it who they think is best-suited for the project. Many times a studio who has worked with a specific supervisor in the past will request him or her.
Question: What was the most challenging aspect for the team when it came to the visual effects of I Am Number Four?
BG: The design of Bernie was our biggest challenge. He needed to be both aggressive and appealing at the same time. D.J. wanted him to be able to kick the Piken's ass but still have the audience go "Awww...." We revised his design a lot.
Question: What's the most fun part of your job?
BG: I love leading the creative team on a show. It's like having the best toys! There is a lot of planning that goes into a project like I Am Number Four but my favorite part is when you are on the set and things change, or the director comes up with a new idea, and you have to shoot form the hip for a solution. That flash of creative on-the-spot problem-solving is when things get really fun for me.
Question: What was the most significant factor in creating the proper imagery from the book?
BG: That was left up to our director, D.J. Caruso. It was his movie and my focus was to create the visuals he wanted.
Question: How closely did you work with him?
BG: On set the ILM team met with him every day. We kept him updated on the construction of Bernie and the Piken and I would discuss with him his plan for any of the plates we were shooting. Early on in post, we would travel down to L.A. for creative meetings and later at the end when things were super-crazy we had video reviews. Early on I told D.J. to think of Steve (the animation director) and I as the Piken. Give us direction the way you would an actor and we'll give you a performance. D.J. directed every performance from the Piken and Bernie and he seemed to be having a blast doing it.
Question: There are tons of sci-fi movies out there. What did you try to put into I Am Number Four that would separate it from all other alien films?
BG: Cute teenagers in love! 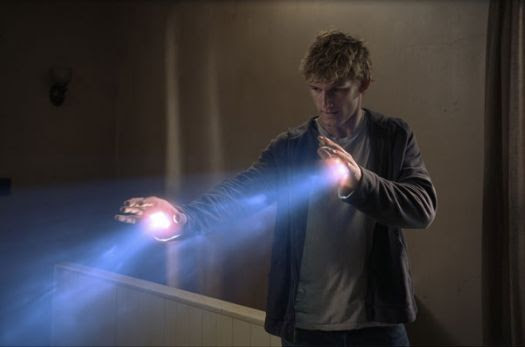 A close look at some of Bill's handiwork. (See what I did there?)
Question: Besides the digital creatures in the film we also can see digital doubles and other really spectacular effects, such as Number Six fighting against the bad guys in the high school, with her appearing and disappearing. What can you tell us about these shots?
BG: There were over 700 visual effects shots in the film. The majority of those were supervised by Greg McMurray. I supervised the sequences with the CG creatures (Piken/Bernie) and the Mog blast in the end of the film. I do know there was a huge amount of complex stunt work that went into those shots.