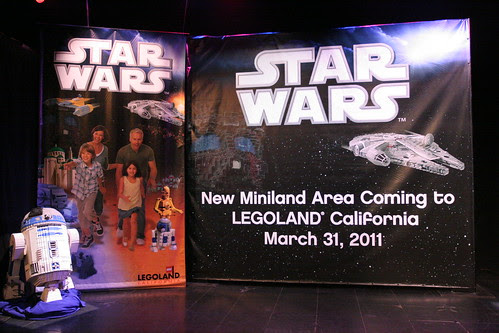 Home of LEGO Star Wars Days for the last several years, it’s only natural that LEGOLAND California should get a section of Miniland dedicated to Star Wars. That’s finally happening this March. From Bricks to Bothans was there covering the press event, and has all the details and photos, including the ever-awesome Mr. Gary McIntire (with Miniland tauntaun and Han Solo).