Actor recalls doing his own stunts and Lando Calrissian impressions on small-budget set.

Give credit to the folks behind "Skyline." They've managed to keep their story under wraps; no easy feat in an age of 24-hour, Web-enabled fanboy fixation. Yes, we know aliens invade Los Angeles. Yes, we know they wreak some serious CG-destruction on the city and its denizens. But what exactly are those tentacled baddies doing on Earth?
Don't expect to find out before the flick hits theaters this Friday, as it hasn't been screened for the media, and stars have been impressively tight-lipped about plot details. But know this: Things do not end well for the citizens of L.A. 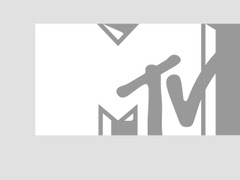 "This is not a Disney movie," star Eric Balfour told us when he stopped by the MTV Newsroom. "There is no happy ending."
That's in contrast to the actual experience the cast and crew had filming the small-budget flick. Balfour and his pals shot the entire production in the apartment complex where directors Greg and Colin Strause live. There were no trailers. The actors would take naps on beds in the brothers' rooms, and yet they all had a blast during what Balfour termed a renegade shoot filled with improvisation between himself and co-star Donald Faison.
"We're not stick-by-the-script guys," Balfour said. "It's not easy for Donald to be serious. He's a funny dude. He'd vacillate between channeling Will Smith and ['Star Wars' badass] Lando Calrissian. At one point, he was doing Lando in a scene, but not very well, and I had to take him aside and do an impersonation of Lando for him. Mine was better."
While the film certainly seems to have a big-budget scope, the production was a fraction of the size of something out of the "Star Wars" franchise. And there were moments Balfour felt more than a little unsafe.
"There were points where we're being hung on these wires 50 feet above the roof of this building, being thrown over the edge of this building. I kept thinking one of those wires was gonna snap," Balfour said. "There was definitely stuff that we did that you wouldn't have gotten away with in a studio movie. They wouldn't have let you. It made it fun. You got to live this crazy dream of running and jumping and fighting aliens. How cool is that?"
Quite cool, if the reaction at Comic-Con this summer is any gauge. Footage had fanboys buzzing. Most of them, at least.
"You have a really open-minded side of that sci-fi fanboy crowd that is just excited and stoked because they've been given glimpses into how unique this movie is," Balfour said. "Then you have this very hard-to-please side of the fanboy crowd that's going, 'Is this "Independence Day 2" or "War of the Worlds 3"?' I understand some of their concerns. ... I'm pretty excited to have those guys see the movie more than anyone else. The fact is, it's not 'Independence Day' at all."