Martin Freeman to play Bilbo Baggins in The Hobbit

By welshslider October 22, 2010
The Office actor Martin Freeman will play Bilbo Baggins in two-part Lord of the Rings prequel The Hobbit, director Peter Jackson has announced.
He said in a statement there had "only ever been one Bilbo Baggins for us".
Freeman, 39, was "intelligent, funny, surprising and brave - exactly like Bilbo", Jackson added.
Meanwhile, Jackson's wife Fran Walsh has reportedly told a radio station filming could move to the UK because of an industrial dispute in New Zealand.
Dwarves cast
Jackson said he was "incredibly proud" to be able to announce that Freeman would be the hobbit. 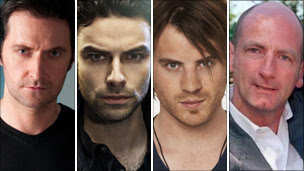 Richard Armitage, Aidan Turner, Rob Kazinsky and Graham McTavish will all appear in The Hobbit
"There are a few times in your career when you come across an actor who you know was born to play a role, but that was the case as soon as I met Martin," Jackson said.
Spooks actor Richard Armitage, 39 - who has a role in the forthcoming film Captain America: The First Avenger - will play Thorin Oakenshield - leader of the dwarves.
Former EastEnders actor Rob Kazinsky, Sean Slater in the soap, will also play a dwarf.
He will appear alongside Irish actor Aidan Turner, who has appeared in BBC Three's Being Human, and British actor Graham McTavish, who has appeared on TV shows including Red Dwarf.
Other dwarves will be played by John Callen, Stephen Hunter, Mark Hadlow and Peter Hambleton.
The films are due to be released in December 2012 and December 2013.

Continue reading the main story
As with the Jackson's Lord of the Rings trilogy, the film had been due to be made in Jackson's native New Zealand.
But on Thursday, film studio Warner Bros said the ongoing pay wrangle with acting unions had "forced us to consider other filming locations for the first time".
Jackson's wife and creative partner Fran Walsh, meanwhile, reportedly told Radio New Zealand that film producers "had people in the UK taking location photographs".
"They've got a huge studio there that Harry Potter has vacated, the ex-Rolls Royce factory, that they say would be perfect for us."
Canada, Australia and the Czech Republic have also been linked with the production. 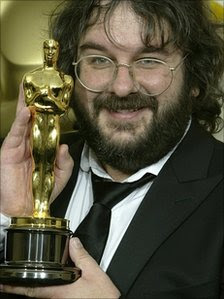 Peter Jackson's Lord of the Rings trilogy won a total of 17 Oscars
Unions representing actors and other workers urged a boycott against the $500m (£319m) production because of the dispute over contracts.
They are trying to force Jackson's production company, Wingnut Films, and Warner Bros to enter negotiations with them over the contracts deadlock.
While major unions including America's Screen Actors Guild and New Zealand Actors' Equity have retreated, smaller unions in New Zealand and Australia are continuing their boycott.
Meanwhile, non-union film workers have hit the streets in New Zealand to demand that filming stays there.
Earlier this month, New Zealand Prime Minister John Key said he would be "greatly concerned" if production on Jackson's film was lost.
Jackson's Lord of the Rings trilogy won 17 Oscars and earned billions of dollars at box offices worldwide.