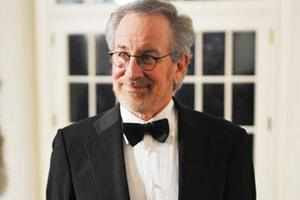 Hollywood filmmaker Steven Spielberg doesn't believe directors should use special effects unless it is relevant to the story of a film.

The "Indiana Jones and the Kingdom of the Crystal Skull" director admits it is up to individual filmmakers how to use new technology in movies, but he prefers a simpler approach, reports contactmusic.

"There are so many tools we have now in the tool shed and it's just a matter of individual choice of how we use these tools," said Speilberg.

However, the three-time Oscar winner admits he still has an admiration for James Cameron's "Avatar", despite much of the movie using performance capture technology.

"'Avatar' is the perfect example of everything in service of the story. Every single moment of life that Jim and the actors breathed into that movie was story-centric," he said.