Lucasfilm, GenArts Team Up to Bring Hollywood-Style VFX to Games 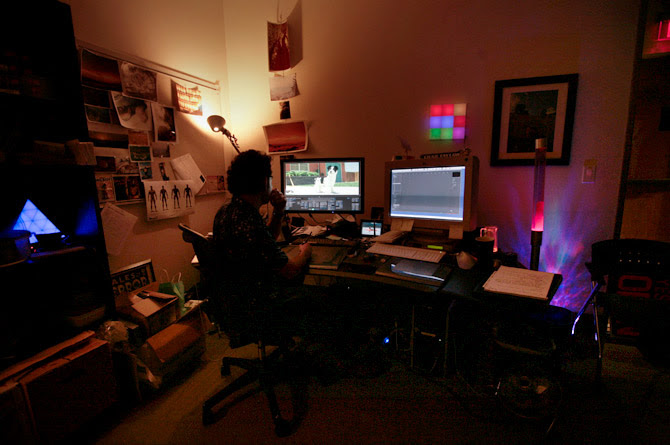 SAN FRANCISCO — A partnership between Lucasfilm and software company GenArts could make digital effects more consistent and less expensive in movies and videogames.

Under the agreement, announced Monday, GenArts’ visual-effects plug-ins will become an official part of Lucasfilm’s post-production pipeline at companies including Industrial Light & Magic, Lucasfilm Animation and Lucasfilm Animation Singapore. The move will standardize the use of GenArts plug-ins in the studio’s movies, games and animation, making it easier for digital artists to share visual elements across different types of media, according to executives from both companies.

“GenArts software delivers incredible consistency for the artists’ experience across a wide range of compositing systems,” said Richard Kerris, CTO of Lucasfilm in a press release. “This makes it the ideal choice to help Lucasfilm achieve our goal to deliver visual continuity across feature films, television, games and future entertainment mediums.”

The standardization should ease such cross-platform projects, speed up post-production work and make it easier to outsource such essential visual tweaking if needed, according to GenArts’ executives.

“Lucasfilm and GenArts have agreed to collaborate to advance the state of the art of VFX technology as we begin to solve ‘impossible’ problems both in film/video as well as through expanding to other entertainment media such as bringing pre-rendered, one-way film assets into an interactive, real-time gaming environment,” said Steve Bannerman, GenArts’ chief marketing officer.

For instance, the specific set of visual effects used to make Transformers‘ robots look a certain way in a movie could be easily shared with game developers to bring a Hollywood look to videogames based on the franchise.

Chad Taylor, a digital artist at Industrial Light & Magic who has worked on Star Trek and Indiana Jones and the Kingdom of the Crystal Skull, called GenArts’ software fast, easy to use and crucial to making computer-generated images look more “organic” and real.

During a demo for reporters at Lucasfilm, Taylor showed how GenArts software was used in key scenes from Iron Man and the latest Indiana Jones movie to make CGI imagery look more realistic. Some of the effects were incredibly subtle tweaks; others added fire and lightning to the scenes.

“Being able to use all the GenArts plug-ins to kind of help us achieve those effects is really key for us,” Taylor said. “They kind of create that illusion.”

Going forward, the two companies also will work together on research and development, exploring ways that GenArts software can be leveraged and further developed to meet Lucasfilm’s needs.

“While we don’t have specific products to discuss yet, this is not a ‘Barney’ agreement (you know … “I love you, you love me”),” wrote GenArts’ Bannerman in an e-mail to Wired.com. “Real work is already being done.”